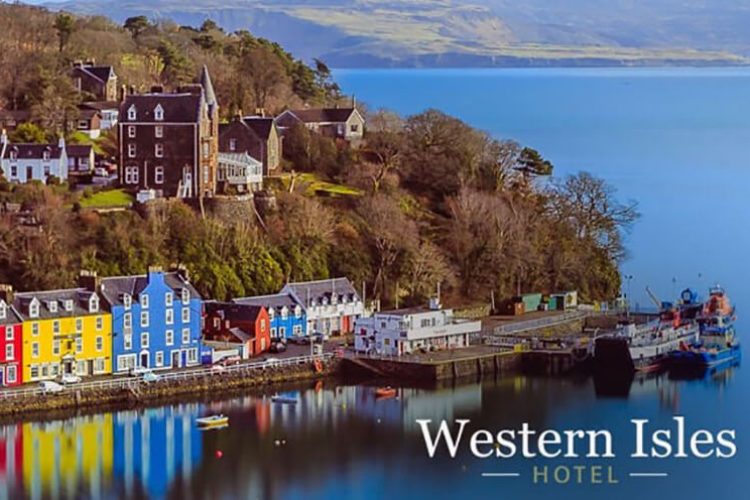 When the Western Isles Hotel on the island of Mull had a plumbing emergency, Sound Electrical Services enlisted the help of McDonald Water Storage to manufacture a bespoke designed calorifier in an extremely short timescale.

The Western Isles Hotel in Tobermory, the location for the popular children’s programme Balamory, is a Victorian built hotel and is one of the largest buildings on the island of Mull. One of the hot water cylinders, which were more than 35 years old, providing the hotel residents with their hot water requirements, developed a leak and a replacement tank was urgently needed at very short notice. However, given the size of the tank required, this was not something that could be bought off the shelf.

Following a phone call from Ivan Woolley at Sound Electrical Services, who provided the required information and was also aided by a couple of sketches sent via WhatsApp, our technical team was able to liaise with Ivan and specify a suitable design for a replacement tank. This knowledge and experience proves invaluable to customers when it comes to assisting with the specification.

Once the design had been agreed, we were able to manufacture the bespoke 550 litre calorifier within 5 working days of the order being placed. Being bespoke designed, Sound Electrical Services were able to install the cylinder into the existing space with minimal work required on the associated pipework connections, reducing the installation time and ultimately disruption to the hotel and its residents.

“With such a potentially daunting task as replacing a huge, custom-made hot water tank, I thought it was best to go to someone who had previous experience. All seven of the hot water tanks in the hotel had originally been made by McDonald Water Storage some 35 years earlier and were still working reliably, despite having had tens of thousands of heating and cooling cycles.”

“I felt so reassured when Mike and Lee from their design team worked with me and very quickly specified bespoke replacement tanks that were actually an upgrade in terms of performance on the original ones. Because of the incredibly responsive turnaround time of just a few days, I was able to maintain the hot water supply to the rooms in the hotel, avoiding having to decommission the rooms.”

“The customer service and communications from the staff were second to none and so I wouldn’t consider going anywhere else now, other than McDonald Water Storage.”

“The hot water tank that was leaking served six rooms and this had the potential to massively impact the revenue to the hotel. It was of paramount importance to us that the hot water supply was maintained and the tank repaired within a very short time. We were relieved when Ivan told us that McDonald Water Storage were able to supply a replacement tank within just a few days.”

“Supplying it through our preferred supplier, Jewson, with whom the Western Isles Hotel already had an account, meant that the tank purchase could go through our normal procurement route making the purchasing procedure simple for us, especially as a custom made item like this is very rarely purchased by a business such as ours.”

“Sound Electrical Services were able to carry out a direct replacement of the faulty tank within just a few hours and the hot water supply was restored, meaning that we didn’t actually have to decommission any rooms. We will be purchasing replacement tanks for other areas in the building from McDonald Water Storage in due course.”

“Ivan Woolley has been a good customer of Jewson for many years. In that time I have assisted with supplying materials for a number of projects that Ivan has undertaken, both large and small, including the replacement of 14 bathrooms at the Western Isles Hotel two years prior to this particular project. I was delighted to be able to help with the procurement process when Ivan asked if we could supply the tank that had been specified.”

“I sent over the purchase order to McDonald Water Storage and they responded with a pro forma invoice within minutes. Having such responsive communications from our suppliers makes my job so much easier and Jewson were pleased to be able to help our client once again in this instance.” 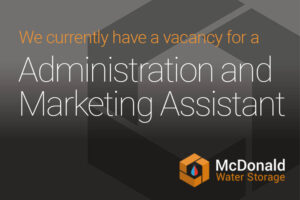 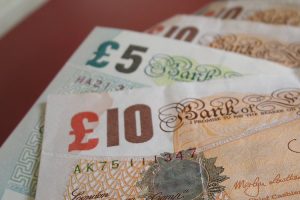