End Of An Era With Over 19 Years Dedicated Service 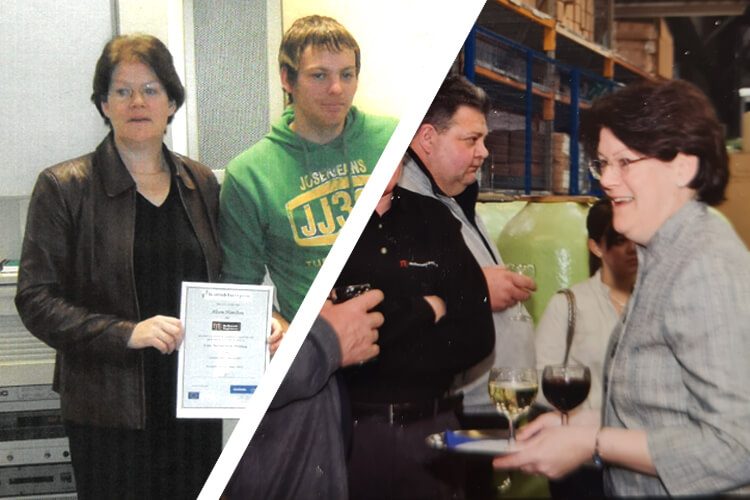 At the end of June, it will see the end of an era with over 19 years dedicated service for our Accounts Administrator Alison Hamilton.

Alison started with McDonald Water Storage on 2nd December 2002 after gaining her accountancy qualifications, and to put into context, in the same month Atomic Kitten, Will Young and S Club 7 were in the top 20 singles chart!

Alison said “Thinking I was just doing the accounts in my own little office, I didn’t know I had also inherited 2 admin staff as well to supervise. The sales office consisted of two sales staff and Jamie Stewart (now our Managing Director) and two external sales staff so a very small tight knit company. Over the time I have been here, the company has seen a fantastic growth in sales, with expansion of both the production facility and the office, where we now have over 10 personnel which certainly proves to be noisier than my original office!”.

When speaking to Alison about her time with the company, she humbly described herself as “I am just the quiet bird that’s sits up at the top of the office”. However she is much more than that, and the company haven’t only come to depend on Alison to manage the accounts, but her organisational skills have been used to run POWERflow unvented courses, audits, implement new computer systems, and importantly the annual Christmas night out.

One of Alison’s proudest achievements was in 2006 when she was part of the planning team for the major renovations to the factory and office areas. When the work was completed, she helped organise the open night which was very well attended and the guests got a tour of the factory and got to try a little brazing as well.

Alison commented “Even though I have been involved in accounts for 20 years, there are always new things you need to learn. I have had to master the new VAT process since we left the EU and introduce procedures for the team to follow to ensure everything is correct.”

Outside of work, Alison has shown the same commitment to being a rainbow guide leader for 31 years! She has helped raise over £130,000 to renovate the guide hall they use. One of the many highlights as a guide leader was when she attended the Queens Garden party at Holyrood in July 2016 for her Charity work with Girl Guiding.

During her time at McDonald’s she has celebrated both her silver wedding and ruby wedding anniversaries and had two grandchildren. Once retired, Alisons is looking to hit the road and go travelling, with plans to visit relatives in both America and Australia, and that’s just to start with!

Jamie Stewart, Managing Director said “Alison has been a loyal and integral member of the team at McDonald Water Storage for nearly 20 years and we thank her for her good work for the company over that time. We all wish her a well deserved, long and happy retirement” 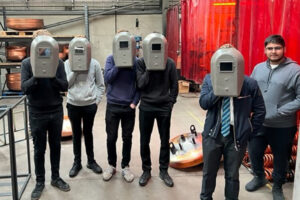 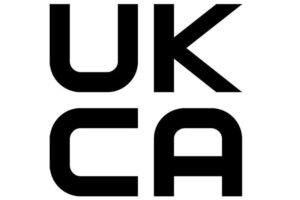